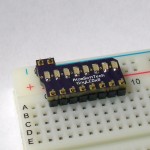 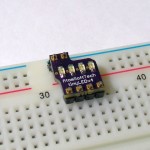 TinyLEDx4 & TinyLEDx8 are basically the same boards as far as the schematic goes. Just add more leds to the 4x and you will have the 8x. These boards are based on the TinyLED (single led version). The main difference besides the LED/Resistor count is the 2×1 pin header instead of the single pin used on the TinyLED. This adds to the structural stability. Both are used for power even though only 1 is needed.

The below schematic can simply be doubled to create the 8x version. 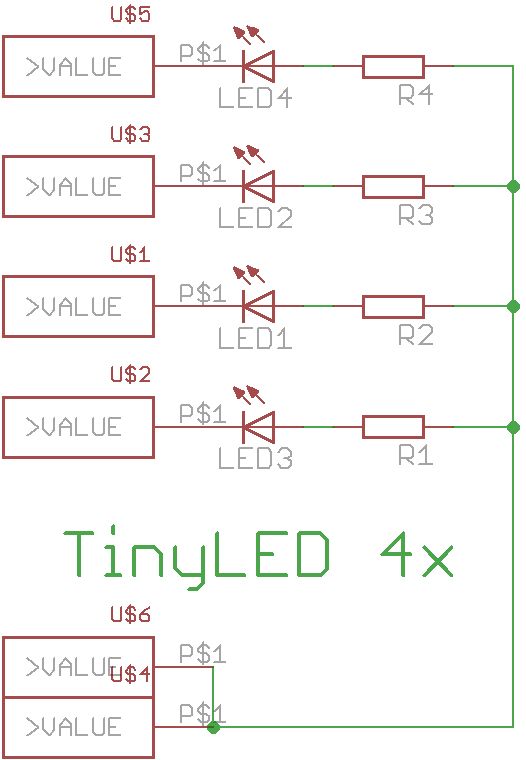